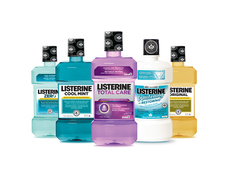 Believe it or not, Danbury CT cosmetic Dentist Jay M. Marks, DMD has discovered that Listerine is widely used as the third most common home treatment for toenail fungus. It is commonly used with vinegar in a concoction that 70% of users swear by. Who would have guessed?

Everything you ever wanted to know about Listerine

As is well known, Listerine is a commonly used mouthwash. It is a strong antibacterial, that not only has use in the mouth, but by the same token, can be used as a fungal medication. Please be aware that this use is not condoned b the American Dental Association, or the American Medical Association, or Jay M. Marks, DMD, but is mentioned as a point of interest. It contains thymol, methyl, and propyl alcohols. Thymol is used in powders that treat fungal infections and was used in ancient Egypt to preserve mummies.
Listerine also contains Eucalyptol, which helps the immune system and is an antibacterial. Listerine’s powerful antibacterial formulation is the solution to why it really works as toenail fungus medication. Another ingredient is Salicylate (a cousin of aspirin).
Listerine History

Its original purpose was in used as an antiseptic in the 18th century, on surgical equipment, and patients. It was later sold for floor decontamination, and then for the treating gonorrhea. It was not until the early 1920’s that it was promoted for solving breath that was foul-smelling. The term halitosis was coined in its advertising, and since then, Listerine has become a household term. Of course, there are other reasons for bad breath that need professional treatment.

Listerine is safe to use as the toenail treatment. You can use it undiluted for thirty minutes a day, or apply it with a cotton swab directly to the affected area. Another method is to mix it with Vinegar and use as above.

Just remember that these home remedies are just that. If you need a consultation regarding your mouth or teeth, please contact us for a free visit.